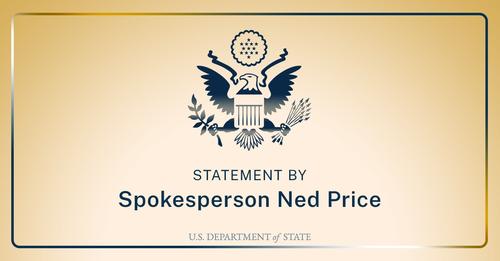 Today the U.S. Department of State announces a reward offer of up to $5 million for information leading to the arrest and/or conviction of Guinea-Bissau national Antonio Indjai.  Indjai is the former head of the Guinea-Bissau Armed Forces and has been the subject of a United Nations travel ban since May 2012, as a result of his participation in an April 2012 coup d’état in Guinea-Bissau.  Indjai led a criminal organization which took an active part in drug trafficking in Guinea Bissau and the region for many years, even while serving as head of the Guinea Bissau Armed Forces.  Indjai was seen as one of the most powerful destabilizing figures in Guinea-Bissau, operating freely throughout West Africa, using illegal proceeds to corrupt and destabilize other foreign governments and undermine the rule of law throughout the region.

According to a January 2013 indictment, in the summer of 2012, the Drug Enforcement Administration (DEA) confidential sources began communicating with Indjai and his co-conspirator associates in Guinea-Bissau.  Between June and November 2012, Indjai agreed to receive and store multi-ton quantities of cocaine purportedly owned by the Revolutionary Armed Forces of Colombia (FARC), which he understood would be sold for the benefit of the FARC.  Indjai and his co-conspirators agreed that a portion of the received cocaine would be used to pay Guinea-Bissau government officials.  In addition, Indjai and other co-conspirators agreed to purchase weapons, including anti-aircraft missiles, for the FARC using drug proceeds and established a front company in Guinea-Bissau to complete the illicit weapons transactions, further destabilizing West Africa and Latin America.

This reward is offered under the Department of State’s Narcotics Rewards Program (NRP).  More than 75 transnational criminals and major narcotics traffickers have been brought to justice under the NRP and the Transnational Organized Crime Rewards Program (TOCRP) since the NRP’s inception in 1986.  The Department has paid more than $130 million in rewards for information leading to apprehensions.  The Bureau of International Narcotics and Law Enforcement Affairs (INL) manages the NRP in close coordination with the DEA, the Federal Bureau of Investigation (FBI), U.S. Immigration and Customs Enforcement’s Homeland Security Investigations (ICE/HSI), and other U.S. government agencies.

For more information on the individual listed above and the TOCRP and NRP, please see Department of State INL AntiCrime Rewards Program, or contact INL-PAPD@state.gov.